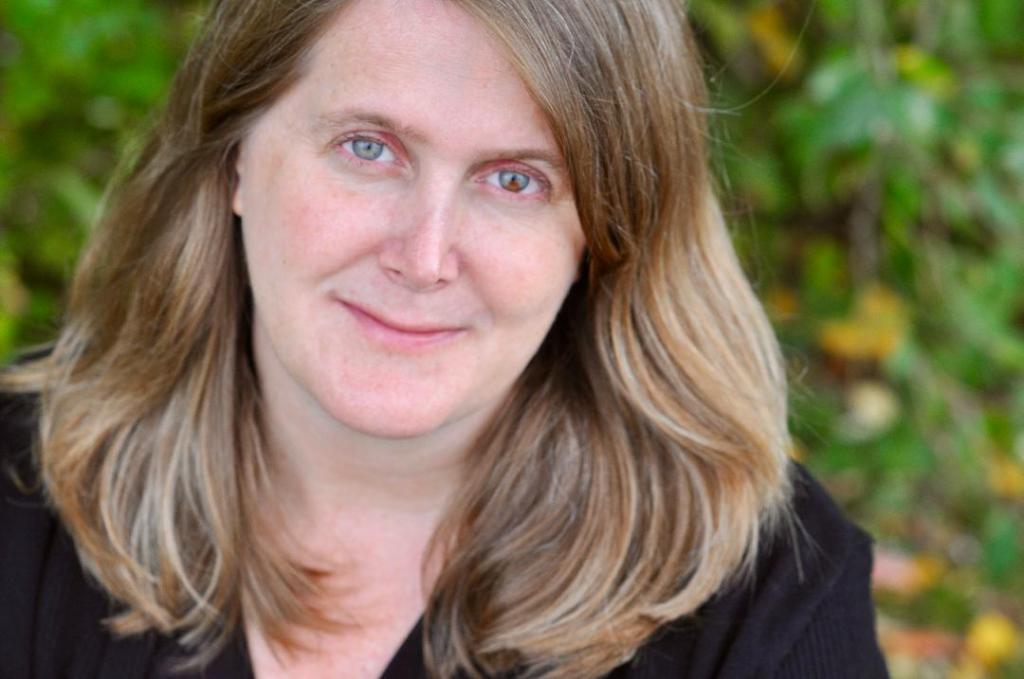 For the past eighteen years, I’ve had two distinct ruminations: the first about the number 11 and the second, my sectoral heterochromia. Thanks to Maria Cavali’s project, these thoughts have recently converged to reveal the secret of my eyes. Before you read further, I’ll warn you that the following contains magical thinking. In no way do I wish to offend. As people of heterochromia, we’ve had magic thrust upon us, Children of Hags, the offspring of witches, and so I offer up a bit of magic of my own, bent, shaped — and colored — by my imagination:

I was just 7 weeks pregnant on 9/11. Jetlagged from my return from Italy the evening of September 10, I woke early to take the subway from Columbus Circle to my job on the corner of 5th Ave and 26th. I was eager to share vacation stories and just a bit queasy from early pregnancy hormones. As everyone who was in Manhattan that day will tell you, there could not have been a more beautiful, bluer September sky–until 8:46am. Only three hours later, confused and terrified, I watched the Twin Towers crumble. I spent those first months of my pregnancy with a toxic black cloud looming above as it smoldered those post apocalyptic days. For months, I heard an endless stream of bagpipes and sirens, the sounds of empty-casket funerals and anxious false alarms that haunted every New Yorker.

Was it any wonder that, in my PTSD daze, I began to see the number 11 everywhere? At first I saw it at the checkout ($20.11), then my clock (3:11),  on the expiration date on my milk jug (November 11), on email timestamps, and on and on. Eleven was everywhere. Many years later, I mentioned this odd coincidence to a friend, jokingly so she did not think I was crazy, “You know, I see 11 everywhere.” And that night I searched online for the first time “Seeing 11” and discovered I was far from alone. Did you know there is a whole outlier community of “11-seers” who believe this number is a call from the universe, a beckoning to a higher-level awakening? Really? I profoundly doubted the universe was calling for me. I am from New Jersey. Divine awareness and universal peace is not really what we’re known for.

The elevens continue. Just two years ago, the address of the only house we could find after a desperate and last-minute search was, you guessed it, #11 on a street in the middle of nowhere.

My sectoral green/brown eyes don’t pack the full punch of complete heterochromia. They lack that wow factor. People tend to cock their head and ponder at my lopsidedness for a few minutes until the slow realization that I’m bi-colored is fully digested. After a lengthy quizzical gaze, their comments are clockwork: “Cool. Did you know your eye is two colors?” (um, yes.) or “What’s wrong with your eyes?” (um, nothing) or, best of all,  “Do you see everything half-brown?” (at which I retort “No. Do you see everything totally _______ (insert their eye color)?”)

I have sectoral heterochromia. I’m slightly “off” in every photo I’ve ever graced. My green/brown eye appears off-centered, even in my wedding photos, which saddened me for a long time. I’ve had photographers ask if I’d like to “even” out my eyes with a retouch and, on one occasion, a friend recommended I wear colored contacts for a “balanced effect.” I always felt that I was not beautiful;  I was good enough, but never perfect.

It wasn’t until I found the “Heterochromia: Children of Hags” page about three years ago that I thought of researching the “why” behind my two-colored eye. I’ll be honest and confess that I did not even know my condition was called heterochromia or that there could even be a community of heterochromiacs (is that what they’re called?).  Why is my eye two colors? Is the cause a mere half-hearted flip of an ocular gene, an overeager freckle, or is it more? I am the youngest of four, a late-maternal “surprise!” baby. The gene pool was a little shallow and muddled by the time I came along. Could it be that, in my most humble, unplanned cellular beginnings, I was supposed to be a twin and fate chose otherwise? Am I chimera? I’ve always felt different, slightly disconnected. A missing piece. Is this why?

According to the medieval math philosopher Fibonacci, math is the language of the universe. Nature’s patterns are everywhere and binaries bubble inside all life. If my eye is, in fact, an indicator of a long-lost twin hidden inside me, then her cellular footprint remains evident in my two-colored eye. She exists on that same level of 0s and 1s that make up the universe’s coded pattern. Was my twin winking at me, leaving me a trail of 11s to find her? Does she look after me, protect me, warn me, prove to me with these 11s that she existed. Exists?

We’d all like to think we’re not alone, especially those of us with heterochromia, as our eyes give away our secret at first glance whether we want them to or not.  I’ve chosen to think these 11s, which began appearing after the darkest day of humanity I’ve ever witnessed, are a message from my primordial twin. Look at us, she is saying, we are one together, twin numbers, twin towers, twin souls. Although my lopsided eyes are not beholders of uniformity and balance, they contain something much more powerful, more profound. They are the opposite of loneliness. They are completion, wholeness, yin and yang fused. And so are yours.

We, the Children of Hags, are beautiful reminders that symmetry is overrated, a superficial illusion. Entropy is swirling in our eyes. We are magical reminders that the universe is so much more. And we are not alone.

iThere are no comments

Begin typing your search above and press return to search. Press Esc to cancel.